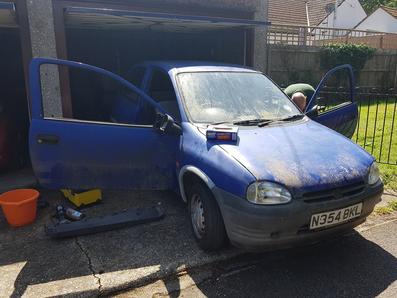 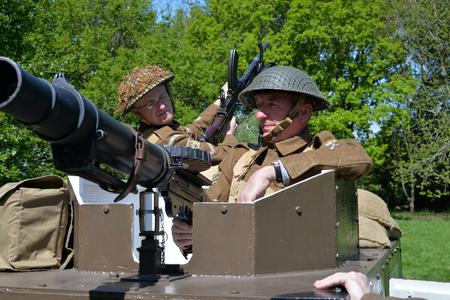 Woodcote platoon 5th OXF in true Home Guard Tradition decided to build an armoured car.
The vehicle would be named "Tom"  to commemorate Local Defence Volunteer Tom Jewitt  who was killed on duty on the second of June 1940 aged just 32 years.

To find a 1940's car and take a grinder to it would be an expensive option so it was decided to procure a scrap car and build it from that.

The next thing we had to consider was what to build it out of?

Cholsey & Wallingford Railway were about to burn some packing cases they had no use for so they kindly donated them for the project.

The engine and gear box were scrapped and the finished project is now a trailer allowing us to tow it to future events.

This is what we came up with and we hope you like it, we had a lot of fun building it. 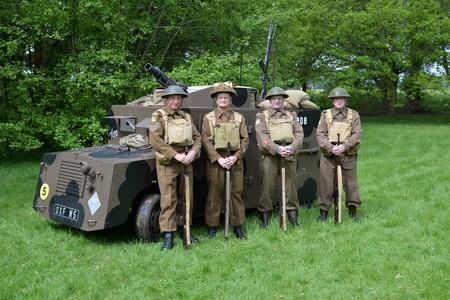 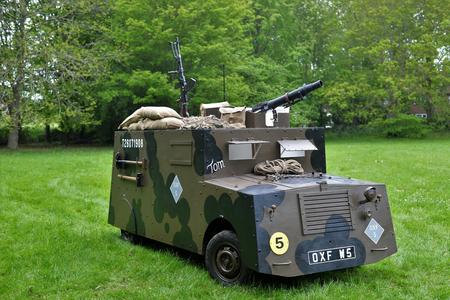