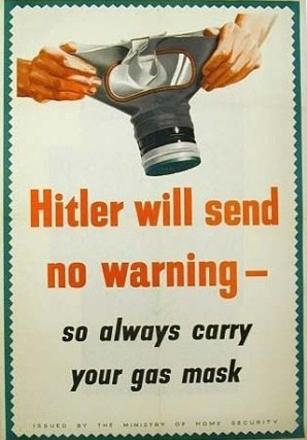 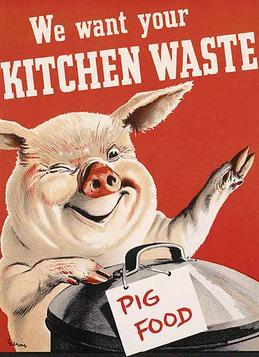 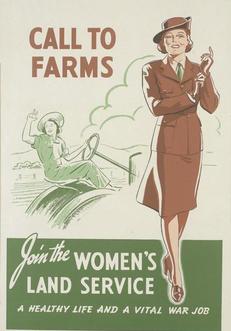 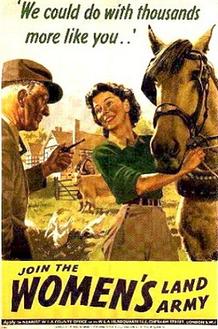 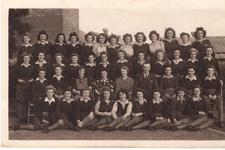 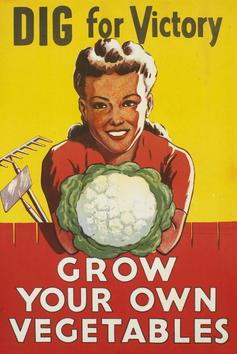 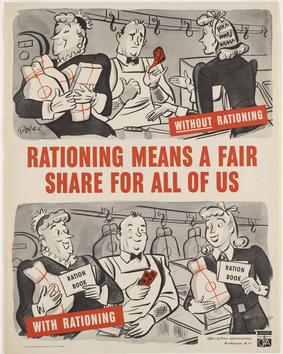 During World War 2 there were several different groups that comprised the Home Front. One such group was the Air Raid Precautions or ARP as it became known.
In reality the government had been involved in the provision of Air Raid Precautions since the end of World War 1 in 1918. Even during WW1 the country had been attacked by huge Zeppelin Air Balloons and it was earnestly believed that in the event of another world conflict and with the massive advances in aircraft production, that the British Isles would be particularly vulnerable to gas attacks during bombing raids.  These fears were not alleviated by the obvious threat and rising power of Adolf Hitler in Germany during the 1930’s.
​                                    Many things needed to be considered,
Should shelters be constructed?
Should vulnerable citizens be evacuated?
Should gas masks be issued?
What lighting restrictions should be imposed?

​In January 1938 the New Air Raid Precautions Act came into force compelling local authorities to set up and train their ARP services. The ARP Act also dealt with the expanding the Police and the Fire Service.

Volunteers were urgently required for the Auxiliary Fire Service (AFS) and the Police Reserves.

In 1938 it was decided that gas masks would be issued to all who needed one, which was effectively everybody. The population of the British Isles at this time was 40 million people and the projected cost was £5.5 million (£320 million in today’s money). These masks were to be issued, fitted and checked by the men and women of the ARP.Wardens were recruited locally so that would have a good general knowledge of the people in their area and the street layout including important services, companies and other facilities. It was also hoped that by being local it would help keep people calm, in the event of crisis, to see a familiar ​face.

​ Oxfordshire and Bicester were no exception to these preparations.
The Duties of the ARP Warden were:
Patrolling the streets during a blackout to ensure no light was visible. (Persistent offenders could be reported to the local police)
Dousing incendiary bombs during an air raid.
Helping bombed out householders.
Trained in basic fire-fighting and first aid the ARP were often the first on the scene until official rescue services arrived.

Everybody had their part to play and many people that were too old to serve in the regular forces or were employed in a reserved occupation stood up to play their part as wardens. During the war there were 1.4 million ARP wardens in Britain, most of whom were unpaid and working three nights a week whilst still holding down their normal employment.
Many wardens were decorated for their bravery including Thomas Alderson from Bridlington who was the first person to be awarded the George Cross.
During the war the ARP suffered 3,808 casualties;  1,355 of them being killed.  The Oxfordshire Home Guard Living History Group pay tribute to these brave men and women and strive to keep their memory alive.
(The Oxfordshire Home Guard thank Peter Chivers  formerly of the Bicester Local History Society for many of the facts depicted in this page)​​

Bicester and ARP
With a number of local Royal Air Force Stations within the Bicester area, Air Raid Precautions had to be established to protect those areas that could be subject to air attack and the possible consequences to the local community.
There were also detailed plans to deal with the likely influx of evacuees from more vulnerable areas such as London. The first evacuees arrived in Bicester from London on the 1st September 1939 and during the course of the entire war the number of children that fled to this undoubtedly safer location totalled in excess of 4,000. Air Raid Shelters were constructed at private houses and in public places such as Market Square or at Local schools. The ARP established it’s Headquarters at Claremont House in London Road and Fire Watchers undertook their watch from the roof of the Headquarters building and witnessed the distant glow of bombing raids on London and Coventry in 1940. Local residents living in the town at the time still recall the vivid memory of the drone of enemy bombers flying towards Coventry on 14th November 1940. Although few bombs fell on the area Weston-on-the-Green airfield became the most heavily bombed location in Oxfordshire as a number of German aircraft dropped their deadly cargo on the airfield when returning from raids on other targets. Bicester airfield was attacked by an enemy aircraft on the 13th October 1940. Anti-aircraft defences damaged the attacking aircraft which eventually crashed south of the county. 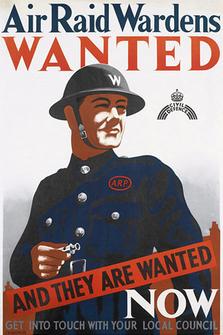